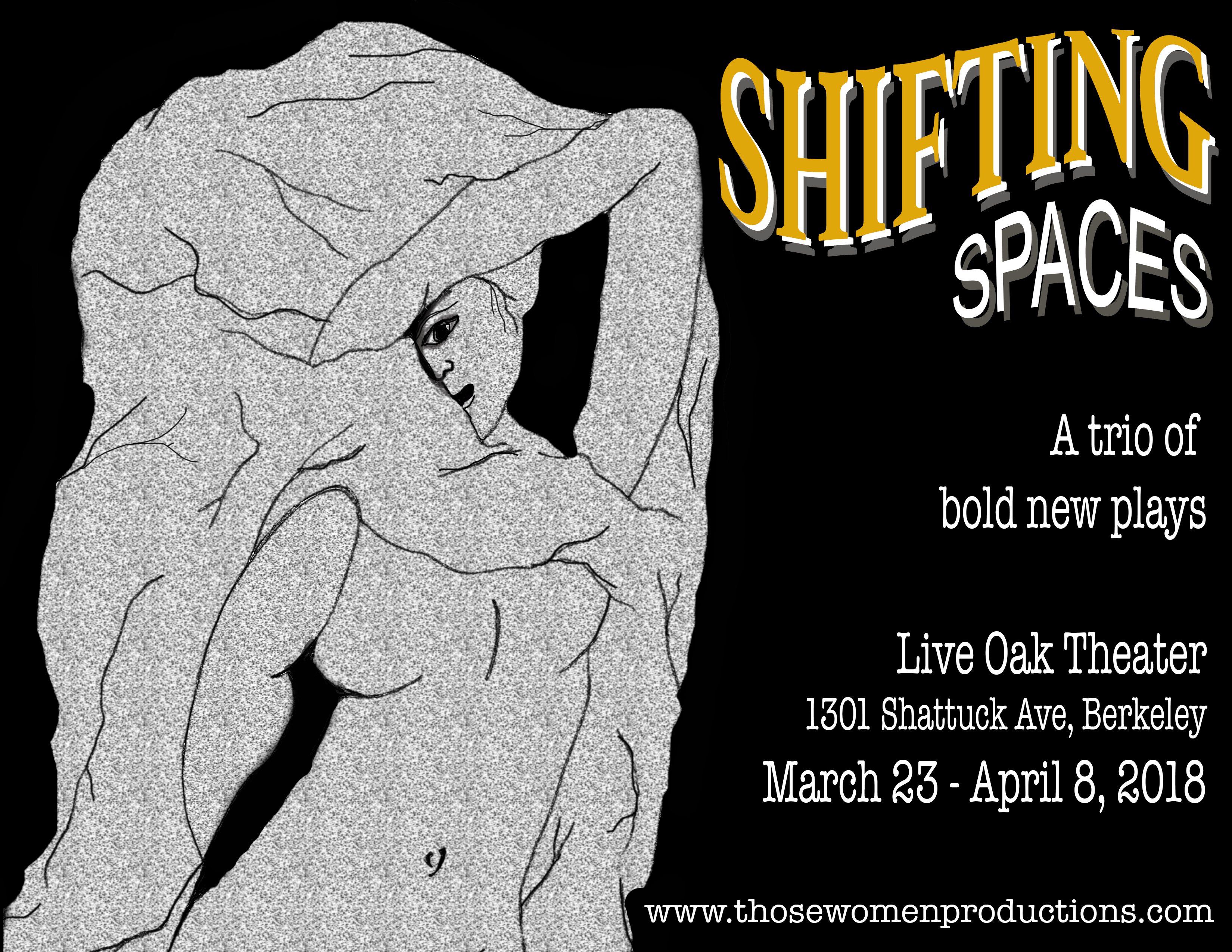 A trio of bold new one-act plays about individuals fighting to claim their full human identities. The company selected the three plays from submissions to an open international call for scripts and is thrilled to introduce them to Bay Area audiences.

First on the program will be the world premiere of vessels by Kim Yaged. Originally commissioned by the Los Angeles Museum of the Holocaust and presented there as a staged reading, vessels draws on oral histories to reveal the little-known stories of lesbians in Germany before, during, and after Nazism’s rise to power. vessels will be directed by TWP’s Artistic Director Elizabeth Vega.

Next up is the west coast premiere of Revelation by award-winning Canadian playwright Shirley Barrie.  Revelation takes place in a cemetery on judgement day when an elderly woman wakes up next to her first husband who died at a young age decades before her. A darkly comic tour through changing gender roles in marriage and beyond, Revelation is directed by TWP 2018 Associate Artist Lily Tung Crystal.

Finally, the program will feature the world premiere of They/Them, an intensely moving and lyrical drama about a transgender teen fighting for their mother’s love. They/Them is by Nick Hadikwa Mwaluko. Now an East Bay resident, Nick was born in Tanzania and came to the Bay Area by way of New York City where he earned B.A. and M.F.A. degrees from Columbia University.  They/Them is directed by TWP Associate Artist Norman Patrick Johnson.

The three plays of Shifting Spaces reflect a wide spectrum of feminist perspectives. Each tells a unique story in a bold and captivating voice. Stylistically very different, they all feature characters who fight passionately for and believe courageously in their right to be themselves.

Performances are Fridays and Saturdays at 8 pm and Sundays at 2 pm at the Live Oak Theater, 1301 Shattuck Avenue, Berkeley, at the corner of Shattuck and Berryman in the “gourmet ghetto” neighborhood of North Berkeley. No performance on Sunday, April 1.

Those Women Productions is committed to making theater accessible to audiences regardless of ability to pay. All shows are “choose your own price” with prices ranging from $00.00 to $35.00. Tickets at all price levels are available in advance via Brown Paper Tickets or at the door beginning 30 minutes before show time. All seating is general admission.

Shifting Spaces is made possible by the generous support of the Berkeley Civic Arts Commission and Civic Arts Program, the Theatre Bay Area CA$H Grants Program, the Zellerbach Family Foundation, and the contributions of many extraordinary individual donors.